Skills Learned at Academy Ensure He is Career and College Ready 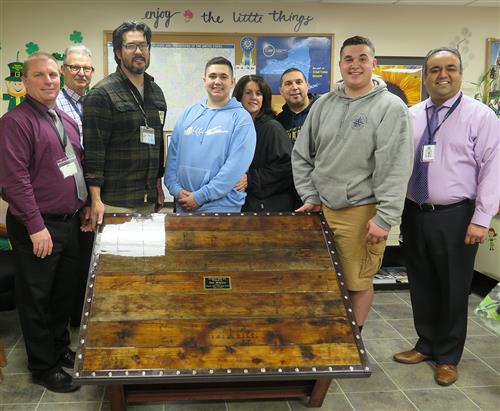 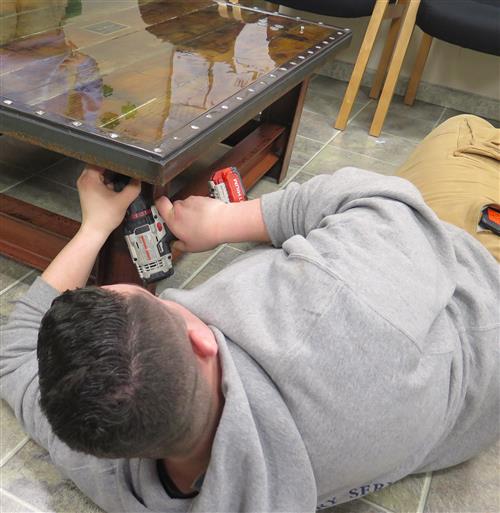 Dan Milazzo knows exactly what he wants to do after high school graduation and he has recently put those skills to use to benefit others. Dan, a welding student at the Edward J. Milliken Technical Center in Oakdale (MTC), designed, built, and donated a coffee table for the high school Guidance Department in his home district of Bayport-Blue Point (BBP). Dan is a senior and in his second year of the Welding Program at MTC, part of the Eastern Long Island Academy of Applied Technology, the Career and Technical Education Program of Eastern Suffolk BOCES. 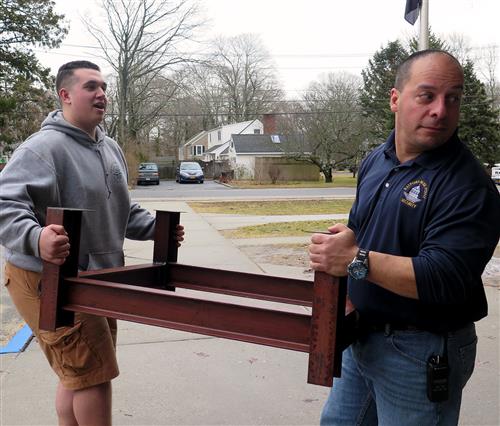 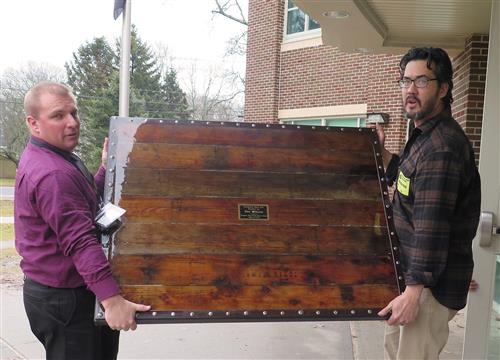 Dan attends the Welding Program at MTC for a half day, every day, after he completes his academic classes at BBP. He didn’t hesitate when the BBP administration asked him to fabricate a coffee table for the Guidance Office after seeing items he’s made since beginning the program. The project took approximately three to four weeks to complete, including the design. Dan welded iron I-beams into a base for the table and continued the industrial theme by surrounding the perimeter of the wood-plank tabletop with more iron and rivets. The table also bears a metal plaque, supplied by the district, crediting Dan. His parents and younger brother, along with the principals of both schools, and his welding teacher, all gathered for the presentation in the BBP Guidance Office.

After graduation, Dan plans to attend Suffolk County Community College while he pursues welding-based employment with the Iron Workers Union, the Steamfitters Union, and the Long Island Rail Road. “Dan put a lot of hard work into this table and many people will benefit from the time he invested into this project,” explained MTC Welding Teacher John Akers. “What’s more, I hope that it will intrigue and inspire other students concerning the numerous career paths there are to follow and that they can begin exploring them while they are still in high school.”